Idyllic Tartu, of which I have spoken so often, offered the greatest rapture with its Toome hill, its luxuriant gardens, the scent of jasmines and roses, and enchanting dusky summer nights, to say nothing of the warm friendly people. 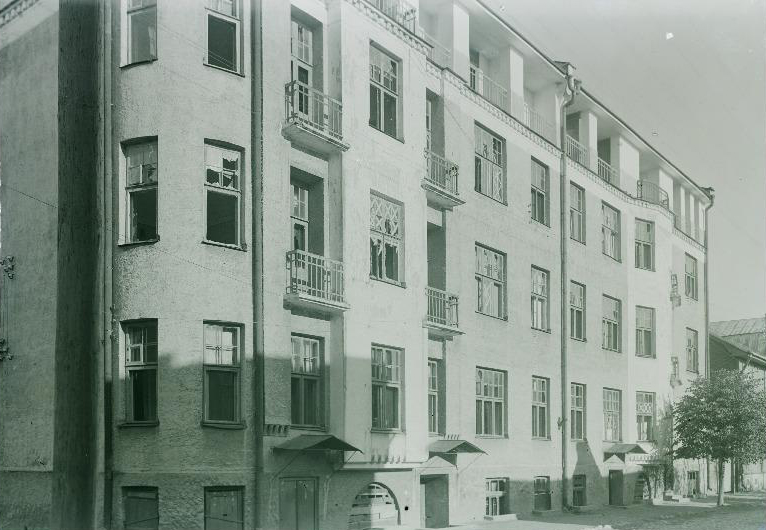 Kettunen lived in the so-called Maimi house, which was designed in an Art Nouveau style on the basis of a design by the architect Georg Hellat. The photo is from the Second World War era

The Estonian-language University of Tartu of the Republic of Estonia, opened in 1919, appointed scholars from abroad to fill chairs for which Estonian professors of the required calibre could not be found. Of the Finns who came here, Lauri Kettunen stands out. His connection to Estonia goes back before 1919 – he had been here many times, was acquainted with many leading members of the Estonian community and as Finnish envoy coordinated the activities of volunteers in the War of Independence. Kettunen studied Baltic Finnic languages, especially Livonian, Votic and Estonian, delivered the first Estonian-language lecture in the Learned Estonian Society and attended the founding of the Mother Tongue Society.