First rector of the imperial university

Associated place in Tartu: Riia Street, across from the Hotel Pallas

Are literati and scientists honoured enough by the Russian empire? You cannot raise future generations without respect for professors. The university must have rights and special privileges compared to other government institutions. Civil, criminal and police law are at the forefront of these special privileges. 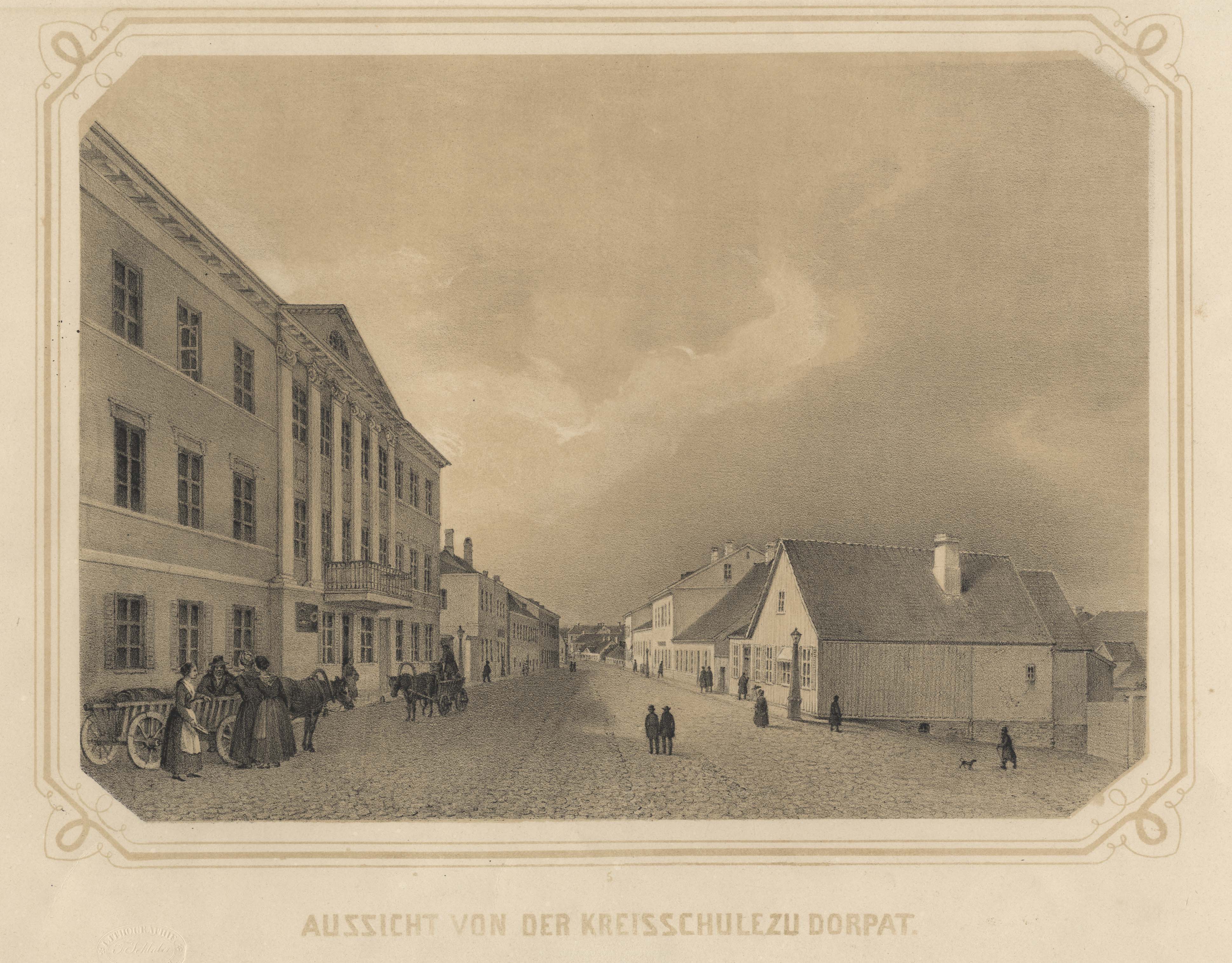 Widowed as a young man, and the father of two sons, Georges Frédéric Parrot (Georg Friedrich) moved to the Russian empire from his native Württemberg because the daughter of the Duke of Württemberg, Sophia Dorothea, had married the Russian tsar. Quickly proving his worth as a diligent and reliable scholar, he became one of the architects of the intellectual traditions at the imperial University of Tartu. Besides his extensive research, his activities in society were no less important, including his contribution to discourse on abolition of serfdom and the education of Estonians and Latvians up to the highest level